One hundred and eighty successful GSAT applicants became a part of history on Monday, September 1, 2014 when they started classes at the new Mount St. Joseph Catholic High School (MSJCHS) in Mandeville. Starting with six seventh grade classes of no more than thirty students, and no more than seventy-five sixth form students, MSJCHS is poised to become a leading secondary school in the island.

The grant-aided, denominational high school is a collaborative effort between the Catholic Diocese of Mandeville, the Sisters of Mercy, and the Ministry of Education, to address the deficit of quality secondary school places in the parish.

MSJCHS has signed a collaborative agreement with Campion College, which was founded by the Jesuits in 1960, and which is currently the leading high school in the island. The principal of Campion, Grace Baston, sits on the Board of Management of the school, ensuring that Campion will be taking a close interest in the guidance and development of MSJCHS, by sharing with them best practices in its curriculum, policies, procedures and expertise.

The school will be a Centre of Excellence with a focus on e-learning, availing itself of the best digital teaching and learning resources to provide a rich interactive learning environment in all subject areas. Students will be expected to develop proficiency in the use of ICT resources for research, design, data manipulation and collaboration, thereby becoming autonomous and confident life-long learners. 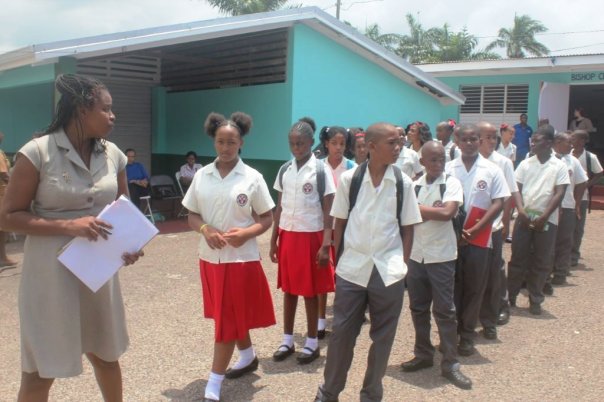 The teachers and staff will also be making full use of the e-learning platform to prepare and deliver lessons which effectively integrate and demonstrate the use of technology, in addition to networking, record keeping and communicating with parents and students efficiently and effectively.

The strong academic curriculum will provide an all-rounded learning experience that includes STEM education (Science, Technology, Engineering and Mathematics), as well as subjects such as Agriculture, Music, the Visual Arts, Spanish and Latin.  The school is committed not only to excellence in academics, but in treating the entire person. Character building will therefore be a priority and students will receive mandatory classes in Christian Living and Personal Development that will focus on instilling them with strong morals, ethics and Christian values.  A wide variety of co-curricular activities with opportunities for fostering leadership, creativity, teamwork and sportsmanship will also be available to students. 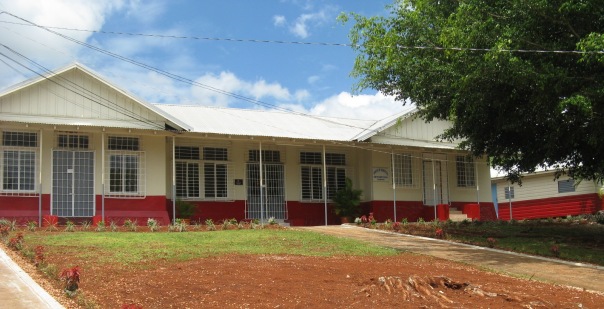 Part of the Sixth Form Block

The campus is located to the rear of the St. Paul of the Cross Cathedral, and stretches across to the Mount St. Joseph Catholic Prep School. Existing buildings were renovated during the summer, to house the seventh grade and sixth form students who start classes this year. Additional buildings will be constructed in the coming years as the current students advance and new students are accepted.

While some funds were provided by the Ministry of Education, the beautification of the grounds, including painting, signage, fencing and landscaping was funded by an overseas grant which was sourced by the Catholic Bishop of Mandeville, Bishop Neil Tiedemann, C.P. In addition, all of the furniture was provided by Food for the Poor, while Universal Access is responsible for fully equipping the school with the latest state-of-the-art computer and audio visual equipment. 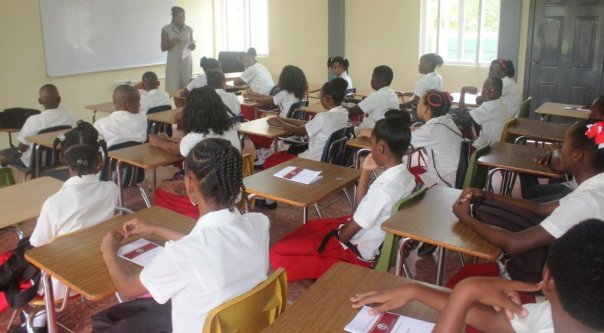 On orientation day on August 28th, principal Cheryl Gayle, and Board Chairperson, Marcia Tai Chun were greeted with enthusiastic applause and overwhelming approval as they outlined to parents their expectations for the students’ behavior, and encouraged parents to become partners with the school in establishing an institution focused on discipline, character formation, and academic excellence.

Parents loudly expressed their approval as Mrs. Gayle emphasized the high standards of discipline expected from students, and as she outlined certain details, such as a mandatory math clinic for certain students, and a tuck shop that will serve healthy lunches, but no sodas or sweets. When Mrs. Tai Chun emphasized that while patois had its place, MSJCHS would be an English-only environment, parents chorused their agreement, and when Mrs. Gayle pointed out that inappropriate sexual behaviour of any kind would not be tolerated, but would lead to swift expulsion, parents burst into applause. 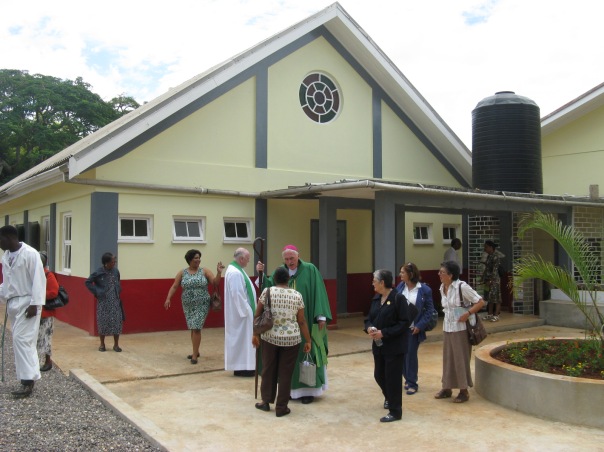 Guests express their delight to Bishop Neil Tiedemann, C.P, as they tour the seventh grade block

Parents were informed that security would be posted at the entrance to the school and that persons would not have free-access to the students in their classes. She also said that while parents had a responsibility to contact the school to address issues of concern, both teachers and parents were expected to conduct themselves in a professional manner, and that no parent would be coming in to ‘drape up and trace off’ her teachers.

Afterwards, as guests were taken on a tour of the campus, they expressed delight at the bright, airy classrooms, the freshly-painted walls and newly-planted flower beds. Students were introduced to their teachers and classrooms in preparation for the start of the school year.

I was born and raised on the rock, that is, my awesome island home, Jamaica. I currently reside in the cool hills of Mandeville, where I spend my time writing fiction, blogging, and hanging out with my husband and three children who keep me laughing every day.
View all posts by Theresa C Givans »

Posted on September 4, 2014, in Uncategorized. Bookmark the permalink. 3 Comments.

What do you think about this post? Cancel reply